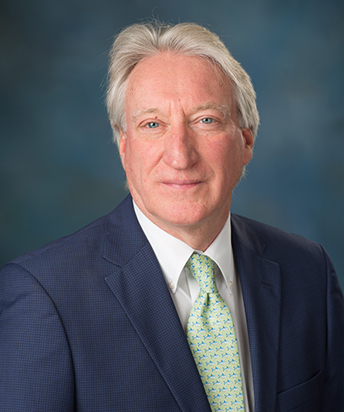 Carter B. Wright has been licensed to practice law in Louisiana since 1981. He handles personal injury and maritime accident cases and has tried a diverse range of bench and jury trials to verdict. He has also successfully settled numerous cases during his career by use of both formal and informal mediation and direct negotiations between counsel. Mr. Wright's range of experience includes handling personal injury and maritime lawsuits in both state court and federal court, and has helped clients obtain six figure and million dollar settlements or judgments in personal injury cases.

As a young attorney, Carter Wright was a judicial law clerk for Judge S. Sanford Levy in the Civil District Court for the Parish of Orleans. In 1983, he began his practice representing the local utility company in traffic, electric and gas personal injury lawsuits. He was assigned various types of civil cases and developed vast trial experience. In the handling of these cases, Mr. Wright tried many high profile, multiparty cases, including multi-million dollar lawsuits involving electrocutions, electric and gas fires and explosions, severe burn and paraplegic accident victim cases, asbestos claims and wrongful death lawsuits. Mr. Wright had early success in handling these matters and throughout his early practice represented both plaintiffs and defendants in a wide variety of personal injury cases. In the mid 1990s, Mr. Wright redirected his practice to representing the plaintiff accident victim. Along with Ernest N. Souhlas, he has represented many Jones Act Seamen, who sustained injury both offshore in the Gulf of Mexico and the in inland waters of Louisiana. He also handles traffic accident cases and general personal injury cases.

Over the past 20 years of his practice, Mr. Wright solely represents traffic accident victims and injured seaman including including Captains, deckhands, and engineers who were injured aboard tugs, supply vessels and commercial fishing boats. He has assisted the Jones Act Seaman in their maintenance and cure claim against their employer, as well as Jones Act negligence and unseaworthiness claims. Mr. Wright enjoys helping accident victims obtain full recovery, including proper medical care, and compensation for past and future lost wages, pain and suffering and mental anguish. Carter Wright also handles successions, and prepares Wills, Testamentary Trusts, and Powers of Attorney (General and Medical).

Mr. Wright is a graduate of the University of Tulane in New Orleans, where he majored in Political Science. He is a 1981 graduate of the Tulane University School of Law. He is a member of the Louisiana, New Orleans and Covington Bar Associations. He is also a member of the Northshore Estate Planning Counsel (NSEPC). Mr. Wright is admitted to practice in all state Courts of Louisiana, including the Federal Courts of the Eastern and Middle Districts of Louisiana, and the United States Fifth Circuit Court of Appeal. Carter B. Wright is a native of New Orleans, Louisiana and currently lives in Covington, Louisiana. He and his wife, Stephanie, have two children, Alexandra and Samantha.